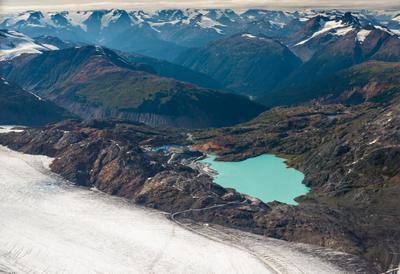 B.C. taxpayers on the hook for $1.2 billion in mine cleanup costs: chief inspector report

British Columbians are still on the hook for more than $1 billion in clean-up costs for the province’s mines, according to a new report from B.C.’s Chief Inspector of Mines. The recently released 2018 annual report says the province has secured $1.6 billion in bonds from mining companies to cover land reclamation costs but estimates the total cost of reclamation is $2.8 billion. 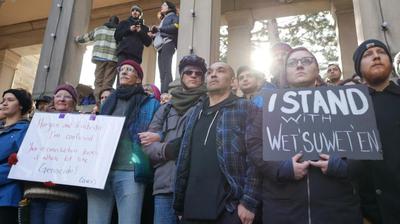 ‘A foot on both sides of the line’: Q&A with Indigenous MLA Adam Olsen on Wet’suwet’en conflict

Olsen, a citizen of the W̱SÁNEĆ (Saanich) Nation and member of the Tsartlip First Nation, was escorted through the crowd by members of the police as people shouted at him to ‘stand with Indigenous people.’ In an interview with The Narwhal, Olsen said he looked out at the crowd and thought, ‘I am.’ 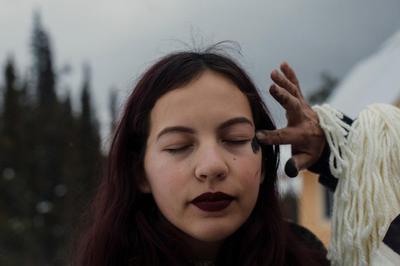 How the Wet’suwet’en crisis could have played out differently

Dozens of arrests. A week-long raid on Wet’suwet’en camps. Grainy videos of armed officers. Doors blocked at the B.C. legislature. Railways stalled across the country. For a conflict that began in a remote place, the impacts of the Wet’suwet’en hereditary chiefs’ opposition to the Coastal GasLink pipeline are now reverberating across the nation. As tensions flare and politicians seize on the moment to criticize their adversaries, one has to ask: was this escalation inevitable, or could it have been avoided? 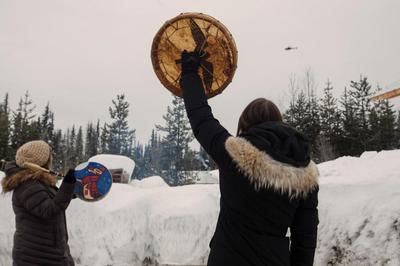 Journalists reported being threatened for photographing police in tactical gear, and some were physically removed from the site. But on Thursday evening the RCMP wavered in the face of outrage to infringement on press freedom. "We may be already seeing some tangible results on the ground in terms of justice for reporters," said reporter Justin Brake. "At the same time, I don’t want to celebrate what’s happening. Indigenous people are still being removed by police from their unceded lands.” 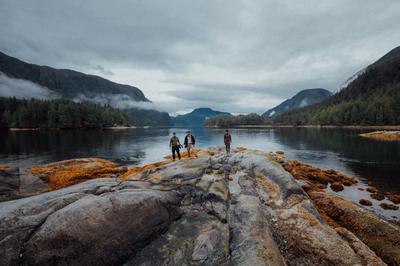 How a resurgence in Indigenous governance is leading to better conservation

Even when governments have good intentions — like promoting conservation — they don’t necessarily move forward with plans for Indigenous territories in a productive or helpful way, according to Kelly Brown, director of the Haíɫzaqv (Heiltsuk) Integrated Resource Management Department. “A lot of work that takes place around management planning with the province or the federal government — they get all the work done, and then they come to us,” Brown told The Narwhal. 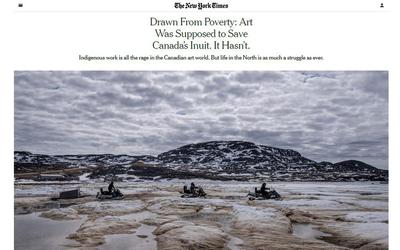 It’s not the first time Indigenous people have been burned by the media. Indigenous people and journalists regularly call out mainstream media for inappropriate wordplay, criminalizing victims and undermining violence against Indigenous people. Most recently, it was an article about Inuit in Cape Dorset, Nunavut, published in the New York Times, entitled “Drawn from Poverty: Art Was Supposed to Save Canada’s Inuit. It Hasn’t.” Many critics have been taking to social media to call out the New 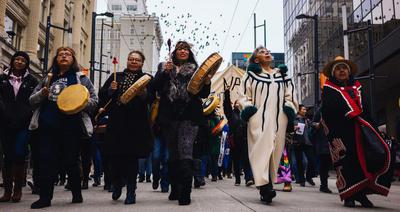 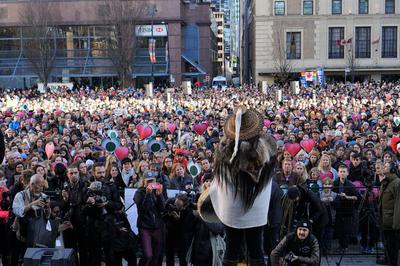 'Where were you 10 years ago?' Musqueam activist asks climate strikers

“I recognize you’re here with open hearts and open minds, and I have heavy truths. One of those truths is that most people aren’t acting until it directly affects them. And how many women did we lose in that time? How much land did we lose in that time?” Musqueam land protector Audrey Siegl looked out at a sea of thousands of protestors gathered in front of the Vancouver Art Gallery on Oct. 25 as she asked them these hard questions. The crowd had gathered en masse for the chance to greet Greta 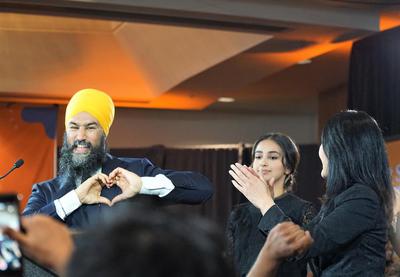 The room erupted in applause and dancing as party leader Jagmeet Singh entered the room and took the stage. His party lost 15 seats, but that didn't stop him from being full of energy. Singh centred reconciliation and affordability in his speech, starting with acknowledging the territories of the Squamish, Tsleil-Waututh, Musqueam and Kwikwetlem First Nations before thanking the volunteers and his family. 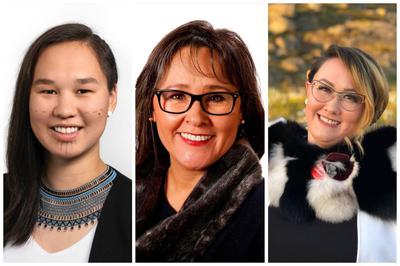 Nunavut is Canada’s largest riding and covers about one fifth of the country, but the territory only has one seat in Parliament. “Regardless of the outcome, an Inuk woman’s going to be sitting in that seat, which I think is very powerful,” said Mumilaaq Qaqqaq, the NDP candidate. She called National Observer as she was campaigning in Panniqtuuq (Pangnirtung), a community of just under 1,500 people on the far eastern corner of the territory. 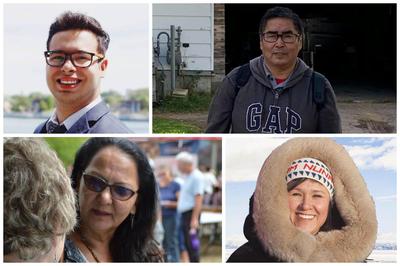 Four Indigenous candidates, four parties, on the issues that matter this election

Jordan Ames-Sinclair said that the Liberals “wanted someone the exact opposite of Andrew Scheer” to run in the Conservative Leader’s riding, Regina—Qu’Appelle, and that he fits the bill. "Even though he is a younger politician, I don’t believe he really has a new, fresh perspective to politics, where I do. I’m First Nations and I believe in the Indigenous vote, and I have to say that he doesn’t. I’m part of the LGBTQ community and I support it, and he doesn’t,” he said. 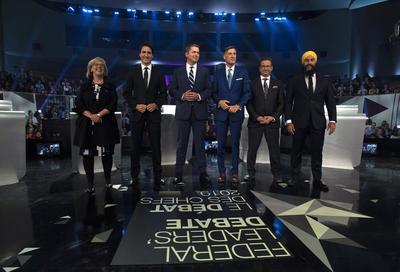 Twenty minutes of the Oct. 7 debate were allocated to a discussion about Indigenous issues among all six Canadian federal leaders vying for control of the country’s top office. But as quickly as this segment began, it derailed into a haphazard conversation about pipelines, Quebec and climate change, none of which were discussed constructively, or at all, in the context of Indigenous Peoples. 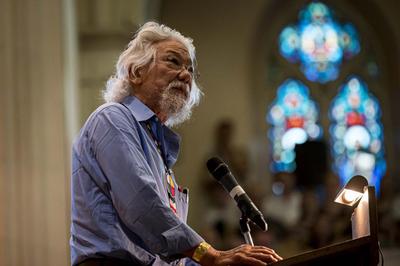 David Suzuki says he’s become jaded after years of broken promises from politicians and business people about combating climate change. The one place he still gets hope is from his grandchildren, who still see nature in the world as “fresh and marvelous and wonderful.” But he worries about their future. He says there is no “magic bullet” for stopping the climate crisis, but at this moment, the most important thing anyone in Canada can do for future generations is what many young people can’t yet do themselves — vote. 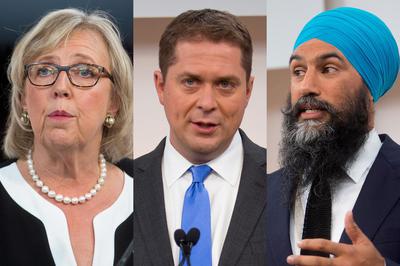 That one particular phrase from Conservative Leader Andrew Scheer about Indigenous rights sparked an intense, minutes-long altercation between the three federal political leaders who showed up for the first debate of the 2019 election campaign. At the debate, hosted in Toronto by Maclean’s and CityTV, Scheer was discussing whether he would implement the United Nations Declaration on the Rights of Indigenous Peoples (UNDRIP) in Canada if he wins power. The declaration defines a range of human r 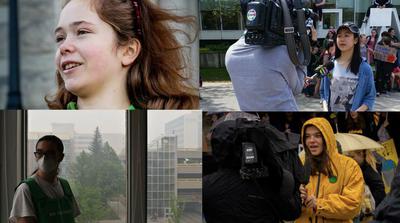 The corporation linked to the Trans Mountain pipeline expansion project demanded a group of teenagers cover their legal bills — before promptly changing its mind without explanation. Youth Stop TMX, a group made up of Olivier Adkin-Kaya, 18; Lena Andres, 17; Nina Tran, 18; and Rebecca Wolf Gage, 13, had applied for judicial review of the pipeline project, arguing that it violates their inherent rights to life, liberty, security of person and equality. 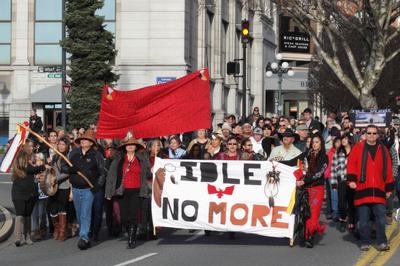 When Tori Cress would talk on the phone with her friend and fellow Idle No More organizer Lynda Kitchikeesic back in the early 2010s, the two of them made sure any eavesdroppers who might be on the line didn’t feel left out. “We’d say things like, ‘Blow me, CSIS,’” she recalled with a laugh recently. 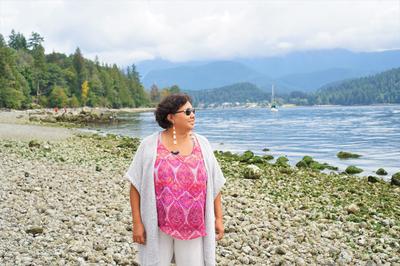 "It is known to Tsleil-Waututh that our origin story is in this salt water, right here," Charlene Ts'simtelot Aleck said. She sat on a rock looking out over səl̓ilw̓ət, or Burrard Inlet, from the beach at Whey-ah-wichen. The beach, also known as Cates Park, was a summer village not long ago, when the Tsleil-Waututh population was 10,000 strong, and European settlers hadn't arrived at the far west corner of Turtle Island. 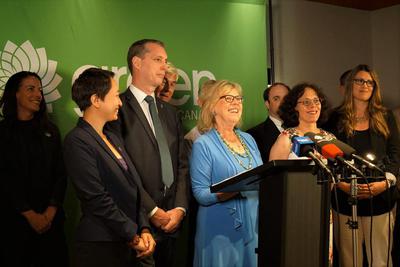 The Green Party of Canada is endorsing the work of a task force formed by the Trudeau government to phase out coal power nationwide by 2030 and help workers transition to new jobs, but wants to take the plan a step further. May said she'd like to implement a similar process with a panel to visit communities dependent on oil and gas. “We are not at war with fossil fuel workers,” May said. 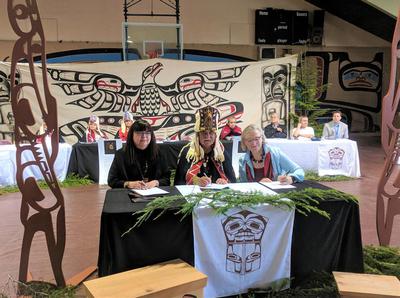 Haíɫzaqv elected and hereditary governments have signed a $37-million investment agreement with the Crown on Haíɫzaqv (Heiltsuk) territory. The funds, announced Thursday, will be invested into four priority house posts, meaning four priority areas of investment. The house posts are self-government; housing and infrastructure; economic development; and language revitalization and preservation. 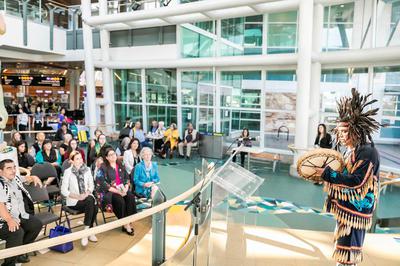 Musqueam shows visitors ‘whose territory they're landing in’ at Vancouver airport

Wendy John says her husband travels a lot, so he's always going back and forth to Vancouver's airport. Over the last couple of years, he's seen a change — when he walks through the gates, he sees Musqueam faces. He could see a customer service agent he recognizes, or a friend stepping out of an elevator that leads to the airport’s offices. "He said, I just love coming into the airport now, because you see your own people," said John. That's because of the 30-year Friendship and Sustainability
Load More Articles
Close ✕